I have been asked about flowers etc for Sharon's funeral..

We will of course be having some on top of the coffin, and if you feel like you would very much like to do something in memory of Sharon please donate to either Cancer research UK or Wolf Watch UK or both.

You guys know the history of sharon and cancer, but let's talk about the wolf side (no she is not part wolf) but she did love them, so much so that I adopted one for her through wolf watch UK, this Wolf called Pepe sadly passed away in 2017 but before that we went out to see him. 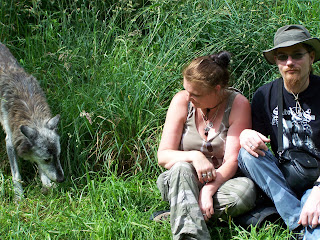 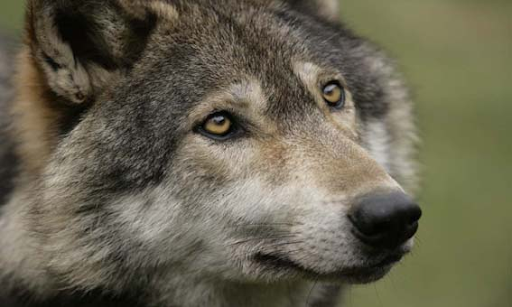 Pepe was a male Timber wolf  bourn in west Midlands safari park back in 2004, where he was ousted in a scuffle for dominance.

Pepe lived out the rest of his days at wolf watch where he was able to roam the vast 100 acre with a beautiful valley on the shropshire/welsh border.

In Sharon's memory I have adopted 2 new wolves  Bosch and Sansa, and plan on continuing to do so going forward. 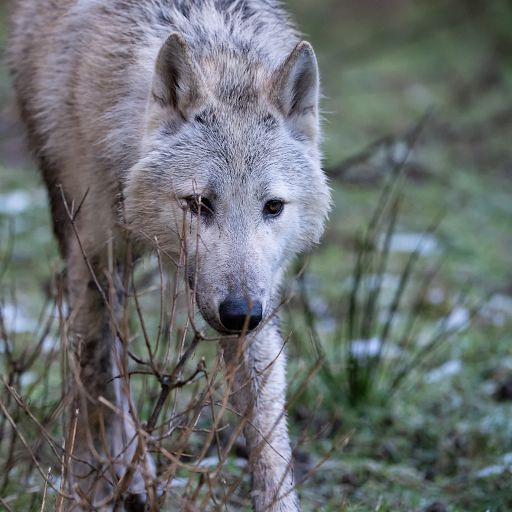 Meet Bosh, Bosch is a grey wolf (almost silver) and is not quite a year old born in may 2020, he was owned privately until the human malware pandemic meant that his owner could no longer afford to look after him.

He has been well socialised and extremely well cared for.

Bosch is settling in nicely in his new home and has a delightful nature. He appears to be quite comfortable around women but is cautious of men he has not met before. 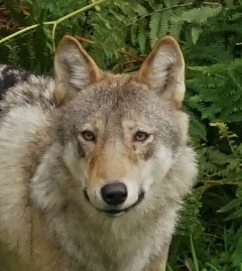 Sansa is as the name suggests is a female, born  April 2016, she is a Norwegian wolf, hence why I was drawn to her.

She is inquisitive, and likes to know what is going on, and is typically the first to investigate food, or chase of birds trying to steal the meal.

Sansa is a wild wolf, and not social at all, although she is getting used to people passing by the enclosure.

Funny thing about the Norwegian bit, take a look here

Wolf Watch was established in 1993 by the founder Tony Haighway, and has been a safe haven for displaced  wolves ever since. It is a non-profit organisation dedicated to the rescue, welfare and conservation of displaced wolves from captive situations across Europe.

Please use the links below to donate , thank you 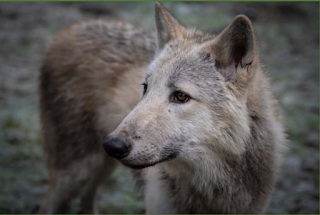 Thanks for posting this Doug - I didn't know there were wolves roaming the valleys near us on the Shropshire/ Welsh border - we learn something new every day. xx Jo

What beautiful animals! I think it's a lovely idea to adopt some in memory of Sharon - she would very much approve.

What a fab post Doug, and so interesting about Shaz's heritage. Lovely story about the adoption of the wolves, Kate x

what a fabulous thing to do, and a lasting memory too.

A lovely idea. I think we discovered Wolf Watch through yourselves a few years ago. We’ve been intending to go for some time (our boy loves wolves) but something has always stood in the way. Sanza is particularly beautiful. I’m stunned anyone would keep a wolf privately but I shouldn’t be surprised by people anymore. Animals are far more understandable. Much love x

Thanks for posting this Doug, I’ll point people in the direction of this tomorrow, sending love to you,
LLJ xxxx

Your welcome Jan,
I have a WOYWW one scheduled for 6 am too, had a productive day today xx

I came through Jan's link - how fascinating to learn about the wolves! and about Sharon's heritage! xx

What a lovely blog post - so interesting to read about these beautiful animals and a lovely idea to adopt two wolves in memory of Shaz. xx