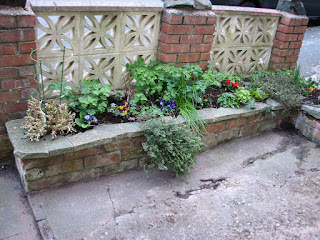 ok, so this is desk related this time, and only because I was sat at it while designing the front garden.

To the right is an old picture of before

As many of you may remember, the front garden (still don't like to use my) was ripped out at the start of this year ready to store the motorbike, and due to the not finding the brick I liked and the cost (OMG) it had to wait for both price and availability.

So let's start with requirements, first off I had to have plants again so, I had to have a planter, a wide sweeping entrance to swing the bike around on, and of course somewhere to charge the motorbikes' battery.

And this is what I came up with... 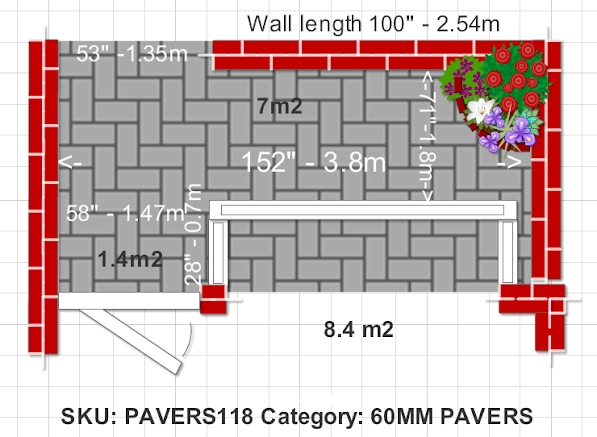 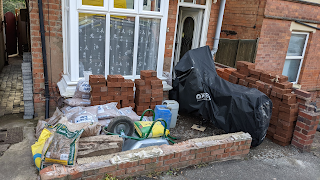 Last week with the help of my youngest brother (Tim) we collected all the required materials that were going to be needed (one tonne of sharp sand, half a tonne of  building, 4 bags of cement, 350 bricks, 9m2 of blocks)
Thanks bro, love you loads 👍

Then my younger brother (Rob) and I spent Friday, Saturday and Sunday (mainly Rob as I don't have a clue when it comes to block pathing) set to work to transform the old front garden into the above image. 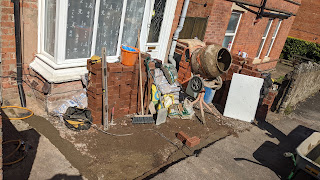 Today we ripped out the last of the old wall and installed new footings, start the many tip runs to remove rubbish (like the old wall) etc 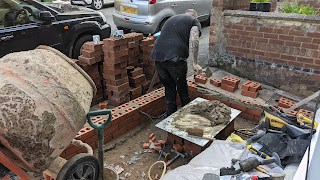 It was then time to start erecting the new wall and plan on cable runs for the internet, and where the planter was going.
Saturday 16/04 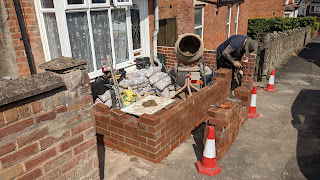 Today saw the wall be finished 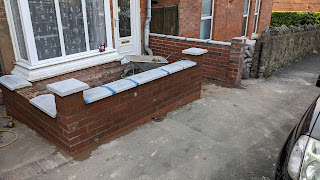 By the end of play, the wall was finished and all but two pieces of coping had been installed, the Virgin Media cables had also been re-buried in conduit. 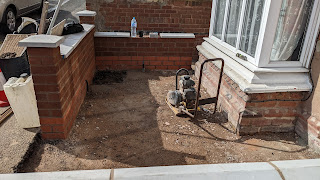 Sunday 17/04
Today was all about the grading and levelling and block pathing, the installation of the bike anchor  and of course the planters final shape. 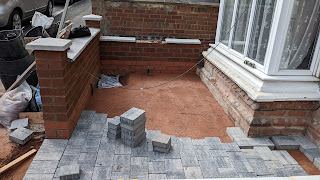 This went down faster than I expected to be honest, mind you my brother had done it for over 20 years and had his own business until the toll on your health (back and hands) became too much. 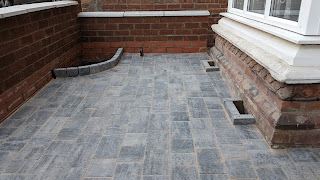 By the end of play it was all down, including the cut-outs for the air vents (cus the house needs to breath) and all the remaining blocks and rubbish moved.

Monday 18/04
So now it was down to me to finish up as the previous few days were all about my brother Rob and his amazing work in the block pathing and brick work. 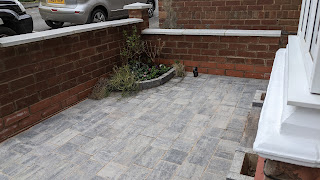 So first up due to the time of the morning was to and plants to the new planter and water them in, the plants are a mixture of ones I have moved from the front back in January, and some new.
Fuchsias, and trailing plants are reused, new additions is a rose called 'at peace' (not going to lie, I had a moment in BNQ when I saw and realized had to buy it, another when I planted it) it has always had flowers and planters in all the years we lived here for, and for a second thing, the off-white flowers will contrast nicely not only with the fuchsias but also with the other flowers I added Pinks and carnations, both of which were Sharon's favourite flowers, I also some pansies and other annuals. 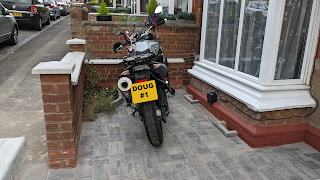 Then it was on to job 2, the painting  and Job 3 the outdoor (Wi-Fi because I can, and it makes sense) power outlet and re collect my bike.
So that was my Easter weekend and with the enormous help of my siblings the front garden is now done, I am going to add another planter to the right-hand wall but one that is movable as we always had one there and I think it needs more flowers.
So that's my picture heavy catchup, head over to our Julia's at the stamping ground and check in on actual crafting being done. 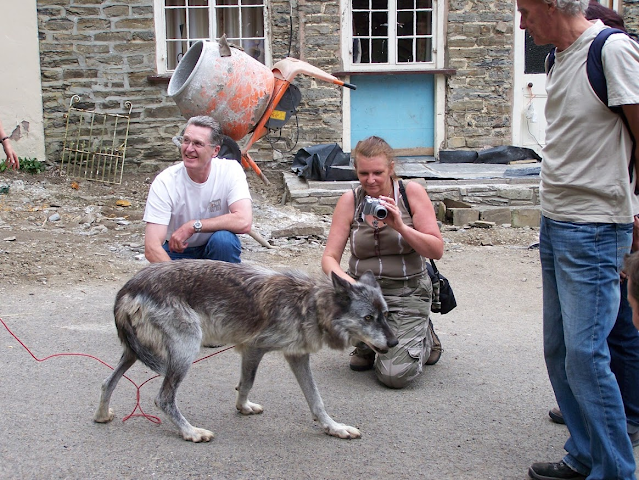 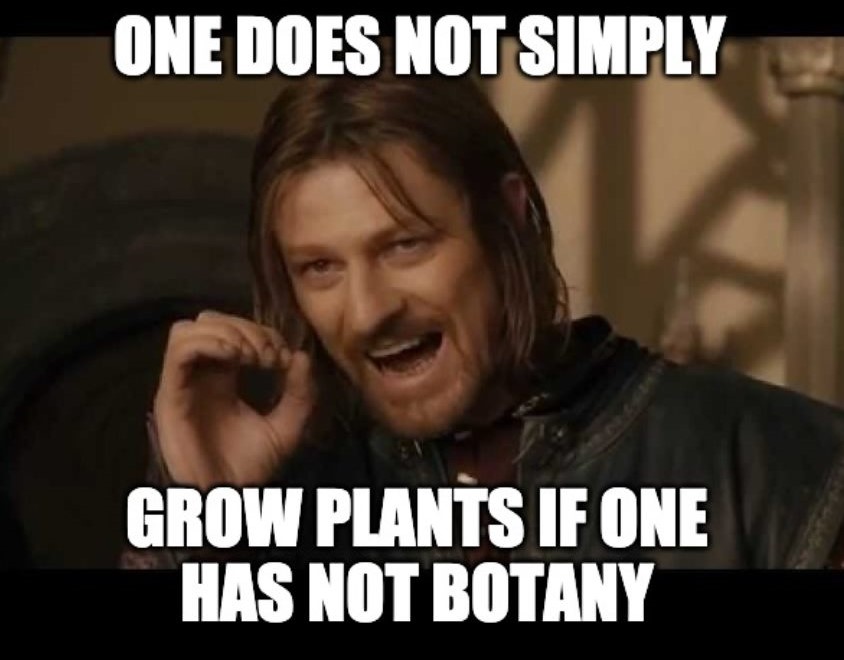