Sharon's family would like to express our sincerest thank you to everyone that had a hand in making yesterday as special as it was.

Whether you were able to attend in person or in spirit by watching the live stream, knowing you were there in one way or another meant the world to us, we could and did draw strength from each and every one of you.

An extra shout out goes to the company we both spent a combined total of around 40 years between us working at, while its company name has changed as few times over the years its core values has not.

The reason for the shout out is that when I contacted Andrea in HR to let them know of Sharons passing, I mentioned that we will be including Howmet fastenings (formerly Arconic, formerly Linread Northbridge) as part of the route to the crematorium, then I kind of cheekily asked if there was any way they would allow Sharon's work mates come out to see her off.

Now remember we are in a huge pandemic, and most companies have a  portion of staff on furlough!

Without hesitation Andrea was like leave it with me we will make this happen, and they did, even some of those that were on furlough travelled from home to be a part of it.

Picture from 2008 with Shaz (Right), her youngest son Michael (above her) and I am on Michael's left. 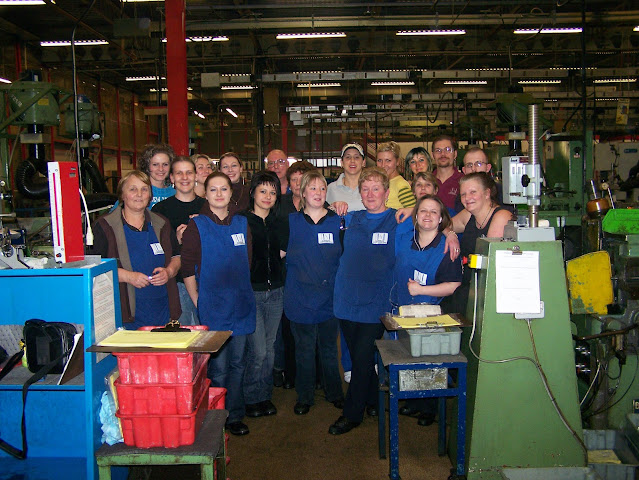 This morning, it was time to open the collections box that stood by the remembrance book, inside it was a little under £100 so I rounded it up and doubled it, when you consider that just 29 friends and family were in attendance that is amazing thank you all. 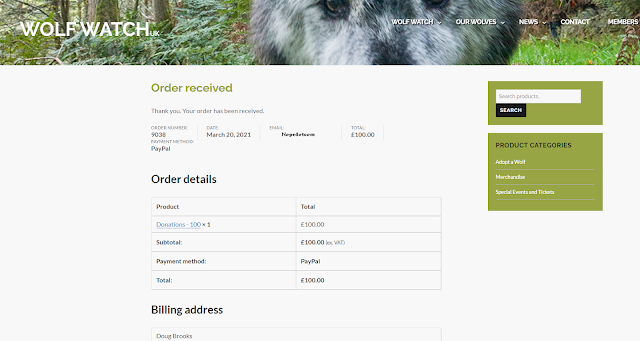 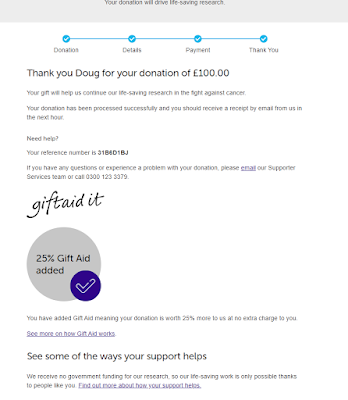 And £100 went off to Cancer research too x

Note:
Due to the way gift aid works, I had to put this down as a personal donation rather than a collection or they would not benefit from the 25% extra funds they would get from HMRC as a tax incentive, this is something we would always do.
Another cheeky picture...
This one from 2015 when we went out for a meal at christmas with work mates 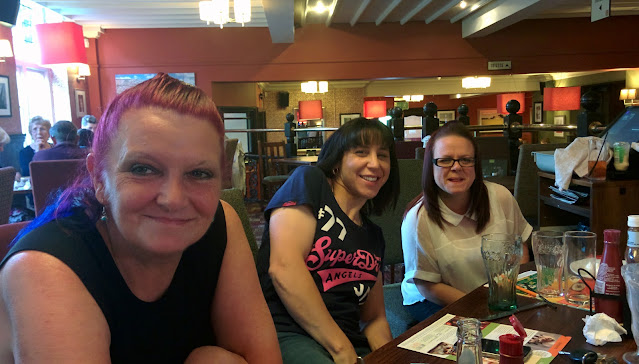 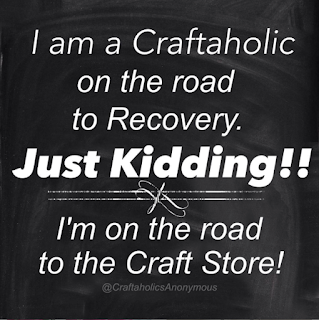 It's uplifting moments like that when you really appreciate the friends you have made and how they value you and Shaz. The collection is wonderful and I know lots more was donated online - a tribute to a little shining star. Stay safe. xx Jo

That was a wonderful thing your workmates did, how amazing a response from the company. It was odd viewing on the livestream at first but then we forgot we were at home and it didn't matter, we were with you in spirit.
Well done on the donations too xx
Jan and Gordon xx

That was a wonderful amount for the donation and I’m sure there will be much more paid in on line too. Such a lovely tribute to your special lady.
Hugs,
Annie x

Your colleagues were wonderful. Who wouldn’t want to stand up to show you some solidarity in remembering Shaz. I’ve read this post twice now, and even though I think the word ‘fuss’ isn’t right, I think you were totally right to ‘fuss’. The detail in the service was marvellous Doug, maybe just tittle things, but certainly things that make a difference when you know Shaz. I loved Ant’s words, they may not have been his own but they were really. I loved too the Pagan prayer, i take a lot of reassurance from knowing that Shaz is still a part of all that there is. Well done, all of you. Watching it all from a distance was hard, but so so much better than not being there at all.

Well caught this earlier than other post Doug... wow, is all I should say but will of course say more! 😉 that outpouring of love for Shaz shows how much she gave and was given in return, her workmates definitely went the extra mile with some returning to work to stand for dear Shaz..
Then the money raised and given so caringly to two things important to Shaz, is especially wonderful.
Memories are precious, so thank you for sharing them so freely Doug, God bless you, praying for you each day, Shaz in Oz.x

I am not at all surprised at the outpouring of love and respect for Shaz. She was a kind generous person who had time for everyone. Hugs.

How wonderful that your former work place expressed their feelings for Shaz, well both of your really, another way to make the day a celebration of Shaz's life. A goodly amount of donation money for your cause Doug, Kate x

Brought tears to my eyes - how lovely of the company to do that.
Hugs, Neet x