WOYWW #534- The Here be Dragons Edition. 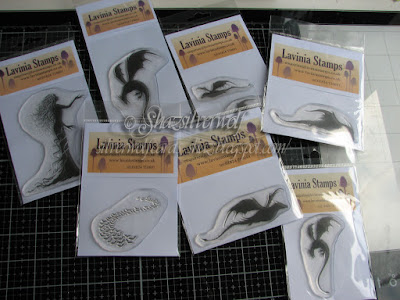 I'm back, wasn't ill or anything last week, just had literally nothing on my desk worth showing! This week I do have a few enablings items to show you though.😉
Lots of lovely dragons from Lavinia stamps, along with a flock of bats and a new Fairy.

Also, a couple of new stamp sets from Tim Holtz/Stampers Anonymous, along with a couple of stencils, all via Art from the Heart. 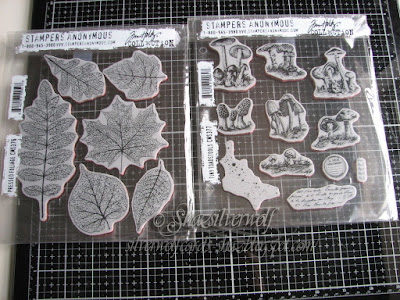 Love the skeleton leaves, and the toadstools are great,like the illustrations you used to see in botany books. 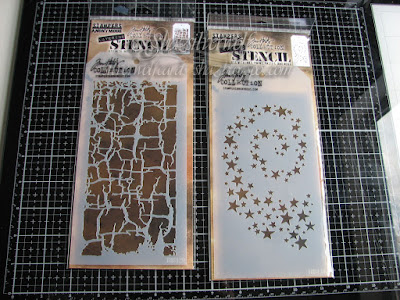 The stencils are called Decayed, on the left, and Hocus Pocus on the right. I think the Decayed one would make a great fake crackled background. 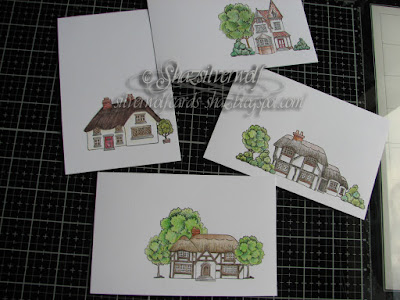 Hopefully this afternoon I'll be getting these finished off and made up into cards. I want to add a patch of grass and sky behind the images, and I'm going to see if I can make a footpath to the doors, I know I have a Lavinia stamp of a cobbled path, and at least one footpath in my Stampscapes stamps, so it's just whether the scale will work or not. 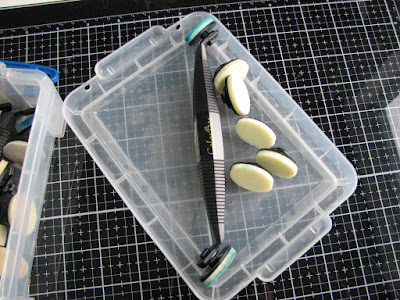 Speaking of Stampscapes, that reminds me. If anyone is a fan of the Colorbox stylus tools for applying ink- I use them all the time for adding ink to Stampscapes scenes- the company (Clearsnap) is closing/has closed down, so if you do use them, grab them if you see them anywhere. They're not widely stocked in the UK, although I found some on E-Bay & Amazon, and at least a couple of other places I did find them had sold out, so it's unlikely they'll get more. 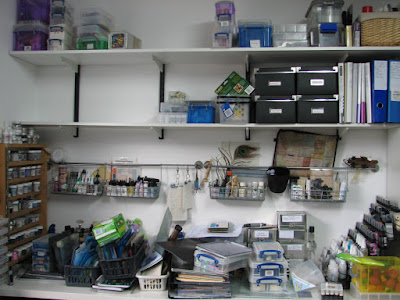 Been trying to do a little reorganising, as I got Doug to replace a narrow shelf behind my main desk for a wider one. This is the current mess on the desk behind the desk!


Leaving my link with Julia at The Stamping Ground as always, and thats me done. 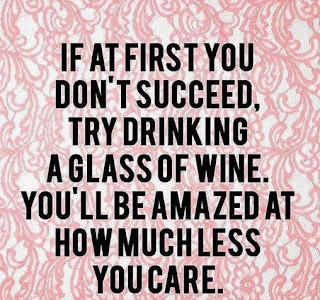 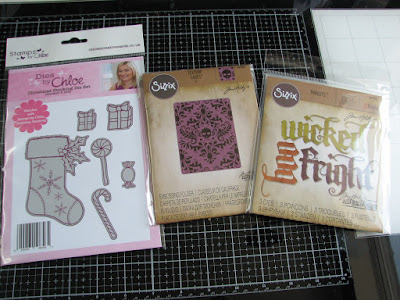 Mine and Beloved Hubbys, that is. Yep, same day. Does sort of rule out the chances of forgetting,lol. Not a lot being done, still feeling stupid tired, although the breathlessness is improving. So, I'm afraid I have nothing to show except a teeny bit of enabling,😀.
The Sizzix die & embossing folder  are from their still ongoing sale, the Stamps by Chloe die set does have a stamp set to go with it, still waiting for that. 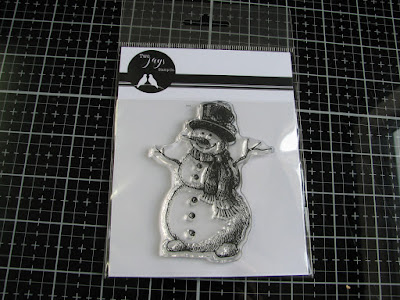 Also came across this happy looking snowman, by Two Jays. I do have a couple of snowmen stamps, but one of them looks decidedly sinister!

Trust me, there will be more serious enabling to come- Tim Holtz/Stampers Anonymous have new stamps out, there is a fab Skeleton Leaves one, and Toadstool clumps, and Lavinia have new stamps coming out on the 22nd, with loads of dragons amongst them. Really hoping I'll feel more like crafting soon, have lots of things I want to do, just completely can't be bothered right now.
Leaving my link over at Julias place, The Stamping Ground, as always on a Wednesday.

Which brings me to the health update. Saw the Oncologist on Monday, and to be honest, he was a little surprised by how it's affected me, as apparently these problems crop up more often with people having the IV and tablets version. So, here I am, keeping to my 'Don't be normal' system.😉
He suspects I may have some tiny blood clots on my lungs, as the breathlessness & tiredness came on suddenly, rather than gradually. He knows there  are no big ones, as nothing showed up on the chest x-ray, but he said tiny ones often don't show on them, and he's organising a specialist scan to check. He's also given me some blood thinning medication- anyone know those pre-loaded syringes you have to jab in your tummy?- so I have those to use twice a day for two weeks, just to be on the safe side, and we're having a treatment break while he gets to the bottom of it. He also said they start the IV dosage at 100%, but they can cut that down if  it seems to much for the patient, so when we restart it'll be a reduced dosage. 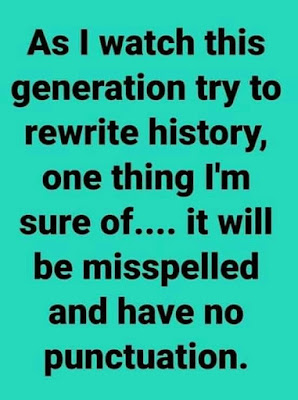 I have to admit the truth, this is definitely the most  Enabling edition ever. Totally because I have been so totally crap for the last week, I've literally done nothing but read, watch craft videos, and a bit of colouring. After spending most of last Wednesday in A&E, having nebulisers, along with some IV antibiotics & steroids, everything was too much effort. The breathlessness has just- marginally- started to improve, and hopefully the tiredness will lessen a bit now. I still feel yuck, but the good news is that this weeks treatment has been put off, and I get to see the Oncologist on Monday morning, because as I feel right now, there's no way my body could tolerate another treatment. The effect is cumulative, and two have totally wiped me out. So we'll see what Monday brings.
Anyway, the enabling! 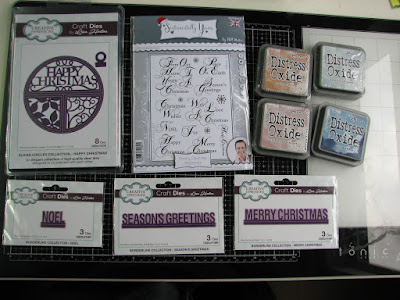 An online trip to CraftStash got me these goodies.  Four new to me Oxide colours, a set of Christmas stamps with a really nice script, and some dies. The Christmas sentiment ones are all in the £3-£4 range, and you get the words, underline and shadow dies.
I saw a card done using the bauble die in gold on white, and it looked stunning. 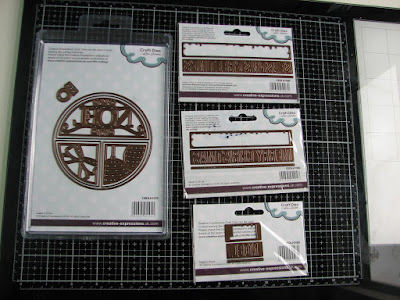 
And that really is all there is from me this week. As always, I'll be leaving my link at Auntie Julias place, The Stamping Ground, and visiting you all later on. 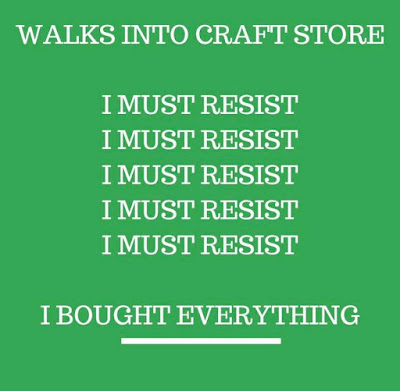