So I may have done a thing 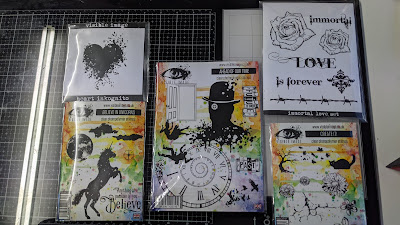 So after coming back from a visit to see Sharon lunch time, ( needed to take over the flowers her Son and Daughter in-law made) I decided I needed to spend some time in her room.
So after finishing some chores I headed up stairs.
Now lets just be clear, the day before I had selected a few stamps I liked the look of and thought would work well together, but I had no time-frame in mind as to what, when or even if  I was going to do anything with them, it was just a well "it would be nice to see if I could", sort of thing, if that makes sense?

Ahead Of Our Time (for the spiral)
Immortal Love Set ( for the word "Love"  &  "is Forever")
Heart Inkognito
Create It!  (for the large crackle)
Believe in unicorns ( for the clouds) 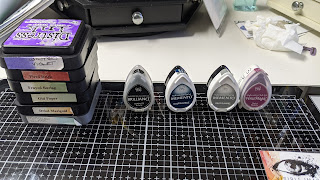 I then went to pick out some inks, yeah that went well, I watched a video on how to create a background (I said I was a noob) and, well, lets just say I tried to use a non water based ink one with water spray, and it did not go so well.
So I swapped to these Distress inks on the left of the picture, all by Sir Tim Holtz
Wilten Violet
Fired Brick (kind of went overboard with it)
Frayed Burlap
Old Paper
Dried Marigold
Tumbled Glass
With the background kind of done, if a little heavy on the Fired brick, I figured what the hell and got to work with the stamping platform, laying the clean stamps on the card where I wanted them, then closing the stamp platform to allow it to pick up the stamp, then adding ink and closed it again.
Pressing down firmly BUT gently at the same time (I have this thing resting on the Tim Holtz glass cutting mat, there would be hell to pay if I broke it (possibly literally).

Anyway the inks I used for stamping are by Dew Drop
Nautical Blue  (Memento) for most of the back-groundy stuff like the Spiral, the Heart and the Crackle
Grey Flannel (Memento) for the clouds
Graphite black (Brilliance) for the text
Ignore the VersaMagic Perfect Plumeria from the image as it was not used. 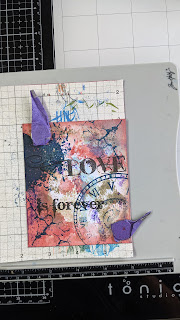 I didn't think to take any pictures of the back ground creation as I figured it was going in the bin, it was not until I started to use the stamp platform and add some layers to it i decided I was kind of happy with it, for a first attempt, I am quite happy with it.


The text is not as straight as I would have liked, now its not on the image in this shot but I added clouds to cover up a mistake in the centre of the image.

I basically added a feather but did not like it, used a colour that I thought would work, so I over stamped it in the final shot below using the clouds from the believe in unicorns set. 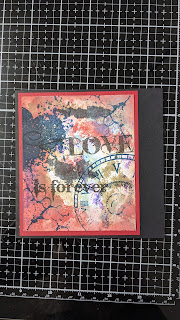 So I then stuck it to a burgundy piece of card using that proper cool DST tape gun ( how cool is that bad boy?), trimmed it to give a border (Cough er twice as I stuck it down wonky the first time, so I had to do it again) but don't tell anyone, it's our secret  ;)

I had thought about adding some ribbon or something on the right side of the image, then thought better of it (just learning to walk this game, not ready for marathons just yet) and trimmed it off instead.

Not only that..
I would have to find it, and it is anyone's guess as to how long that may take... 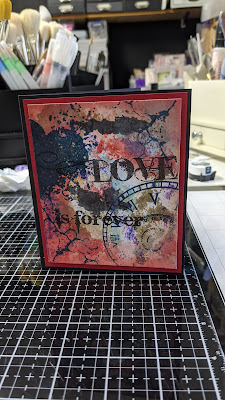 So my first ever card is done excluding the sentiment that goes inside, So I know what you are thinking...
"will there be more ?"
I think so... in fact I know so  :)
Simply because Shaz has spent over 25 years collecting all the stuff and things she has in here, it would be almost a crime to break it up!


And because if you read the post below I kind of ordered a stamp as I have a project in mind for it. 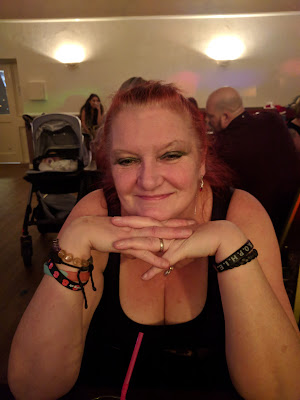 We can't very well sign off without adding the
and finally.... 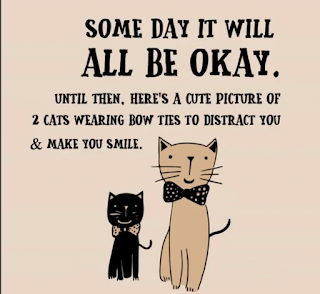 Well done, Doug. I think you have done a great job for your first card. X

Oh wow Doug that is amazing, well done you. BJ

Brilliant Doug. I’m seriously impressed. I just knew you’d give it a go and what a good job you’ve done too.
Biggest hugs,
Annie x

Well done you! That is great! Now just sit back, close your eyes and picture some of the demonstrations you have seen at shows in the past. Don’t tell me you didn’t stop and watch, I know better. Not doing it for you?
Look who Shaz liked, not just Tim Holtz but what about Eileen Goddard. Now that’s a good one to watch, Eileen on You Tube. And there are lots of Lavinia stamps there so no excuse. We all know how she loved them.Come on, we will have you stamping like a good ‘un before long. Not that there is anything wrong with what you did..... just try a different style and stamp. There must be lots to have a go with.
Take care.
Hugs, Neet x (trying to help)

Well done, Shaz will be super-proud of you. I think it's so very lovely that you are taking up stamping and will be using the craft room and supplies that Shaz so lovingly collected. I'm looking forward to seeing what you make next :)

Oh my oh my! I so knew this was going to happen and in between clapping my hands with delight, I’m wiping the odd tear from my eye. This one hit me in all the feels. So happy to have you dragged into our world, even if that dragging wasn’t entirely unwilling!

SOOOO going to give you a huge hug when we meet again.... xxxx

PS - love what you made - pretty damned awesome!

Fantastic card Doug especially for the first one ever. I did warn you it was a slippery slope. Shaz would be so proud of you.

Fantastic card Doug especially for the first one ever. I did warn you it was a slippery slope. Shaz would be so proud of you.

Welcome to our obsession, Doug, with your super first card .. I hope there will be more. Shaz will be smiling and encouraging you

That's fab Doug - I would be so pleased with my little self if I could produce something half as lovely. I guess you need the right gear and a bit of inspiration and you certainly have plenty of both. xx Jo

Wow that is fab. You are a natural. I am so pleased you are doing this and that Shaz's craft goodies will continue to be used. Hugs Anne x

what a great card, Doug. Glad you are putting Shaz's stock to good use!

After so many years of inspiration and all the enabling Shaz did for us, it's perfect that she has also reeled you in. I can't believe that's your first card. It's wonderful.

Hi Doug. Ok, this post made me tear up, not only because of the transfer of knowledge, experience and observation scoring a freaking A++++ on exam (your gorgeous card), but also because I've got a craft room so full my Honey only steps into the doorway, afraid he may knock into something like a grocery shopper on Aisle 14 that is only one inch wide. And I began wondering if Honey would be able to do what you have so masterfully achieved. All those missteps and doubts and cover-ups you went through, that's what we do every fricking card and that's a good day, so you have arrived! I think I need to put Honey in training, or at least serious observing because if I go first, I want him to be you when he grows up. Hugs!!! xoxo

Morning Doug. Well, you have certainly done Sharon proud. She will looking down on you and giving your card a huge thumbs up. The card is fabulous but then you would be guided by your beautiful wife. a lovely tribute if I may say so. Keep Safe and looking forward to seeing the next creation. Hugs Rita xxxx

Hi there Doug, well you are a natural card maker, this is a stunner, I love the composition of images and your colours, and you've even managed the textury thing. Well done, and Shaz would just be tickled pink with your creation. I'm certainly looking forward to seeing what you make next, and what a great way of honoring Shaz's talent, Kate x

Hi Doug, you are a born natural to this malarkey. Your first card is amazing. I am so pleased that you are keeping up the tradition in the family and look forward to seeing very many more cards made by you. Hugs Mrs A.

Mrs A sent me scooting over - blinkin' heck Doug - amazing work! Sharon would be so thrilled and proud of you - as we are too! Ha, we might get you entering challenges next :)

Great work Doug! Sharon would be over the moon!

Well done Dug, you did brilliantly! You'll be haing your own YouTube channel in no time!
((Lyn))

You have definitely done a thing Doug! You had some good training even though you didn't know at the time! Shall would definitely be cheering you on. Tony struggles with inks and how to stick things - I think the next crop will be very different! Hugs, Chrisx