So hello again, WOYWWers. Can you believe we are now into September? It'll soon be the Halloween crop at this rate! We had a smashing weekend away, visiting Jennie at The Artistic Stamper in Kent on Saturday. 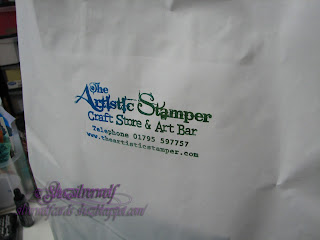 I left with a bag of goodies, which I'll share in a moment.


She had amongst others, Jo Firth Young there doing make and takes, and this was the Tag I made, using Jo's stamps, and Paper Artsy Fresco chalk paints. 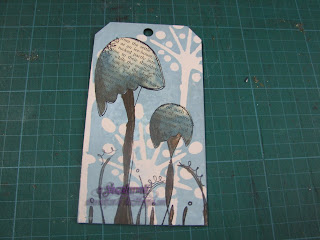 Onto the goodies, and before we go any further, I will tell you now that I was very good and restrained with my purchases. 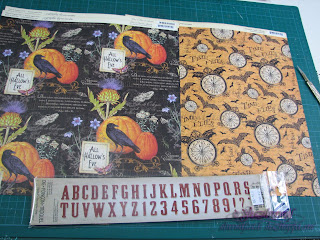 Some Graphic 45 papers- a Raven and pumpkins, how could I not?, and a Tim Holtz Alpha/numbers die set. 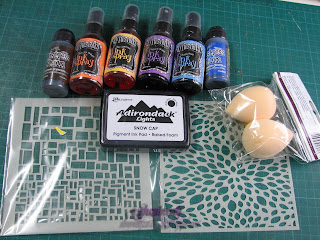 A few Dylusions spray colours, a couple of DI stains,a couple of stencils, along with a Pigment white inkpad and two of those egg sponges.

I've been really good, haven't I? A sensible sized shop.
However, Beloved Hubby was not restrained at all. All sorts of stamps appeared in my shopping basket! 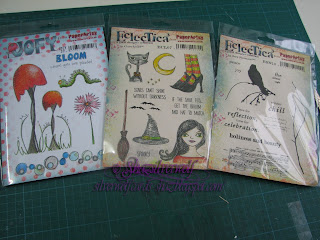 These three-the Jofy one turned out to be the one used in her Make and Take- because ' that caterpillar is just cute', the one with the cat for the same reason- 'it's cute', and the bird on  a branch 'will make a great foreground image, with branches behind it'. 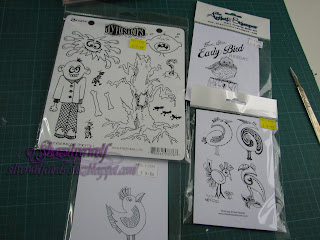 These, because the tree is really spooky and zombie like,and the birds because 'they are awesome'.
I have to admit, that fluffy little bird is so sweet. 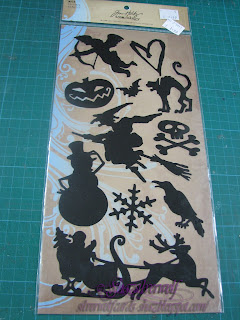 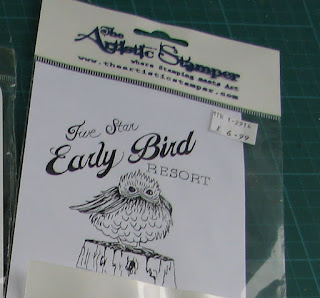 Finally, a Tim Holtz stencil, just because he liked it. At least it was on sale!
I explained the concept of Enabling, as per WOYWW, and awarded him the title of Enabler Extraordinaire!

We had a lovely day there, and the sun shone, which was great as Jennie and Mal had organised a barbecue too.
We went on that evening to Whitstable, and on Sunday to Southampton, which was also a nice sunny day.
It only started raining on Monday morning, and although we had planned on going to Avebury on the way up, it was far too wet, so we went to see LLJ and her family, which we'd already planned, a little earlier than expected.
Arrived back home early Monday evening, and now I'm down to the last 24 hours. I'm writing this up on Monday evening, to schedule for Wednesday, as my mind will probably not be straight enough to type legibly by Tuesday!
I will try and link before I leave the house for the hospital, but if I don't get time, I'll be asking LLJ to link me in. It'll no doubt be Thursday before I'm round visiting, but visit I will.
I have to be there for 7 am, and it's pretty certain I'll be down for surgery first thing, due to how long it is, so no doubt whilst most of you are reading this, that's where I'll be.
So thanks everyone for all your good wishes, your love and support has meant a great deal to me. See you all on the other side. xxxxx
By shazsilverwolf - September 02, 2015 30 comments: