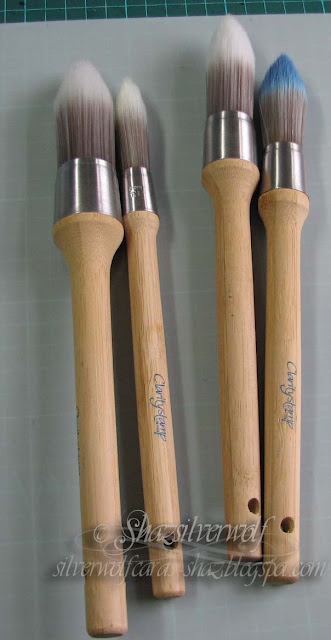 Hi folks, and  a You Tube video post today, as I wanted to do a 'live showing' of how these Sash Brushes from Toolstation stack up against the well known and loved Clarity brushes.
The Clarity ones are a set of four, and the normal retail is £19.99, although right now, the Black Friday weekend, they are  a third off, which is a great time to get them if you want to stock up.

The other set are Decorators Sash Brushes, from the Toolstation, and are £6.99 for a set of three, which is a great price point, assuming they do the job well. I looked at these as I'd seen someone somewhere on FB say that B&Q Sash brushes were a good alternative, and again, much cheaper. I did a Google search for the B&Q ones, as our B&Q has recently downsized a lot, and didn't want a wasted journey. Anyway, the ones that came up first in my search were a set by Toolstation, and the pic shown made them look visually at least as being very similar.


As you see, the Toolstation set does not have an equivalent to the largest Clarity brush . The Code for them is 78094. 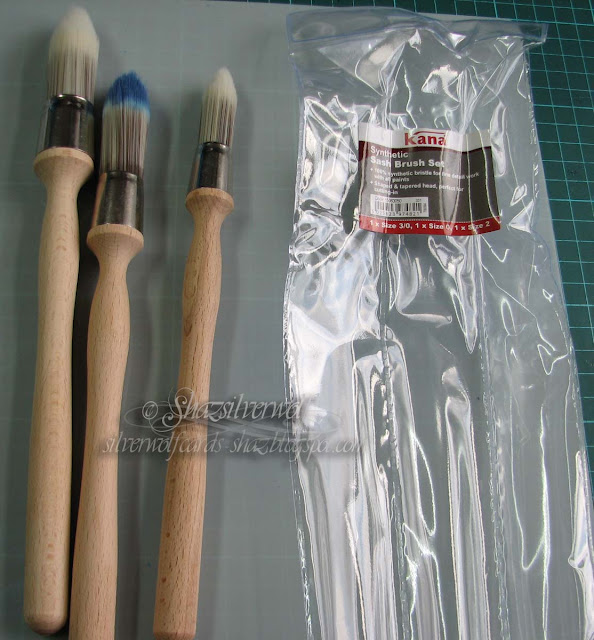 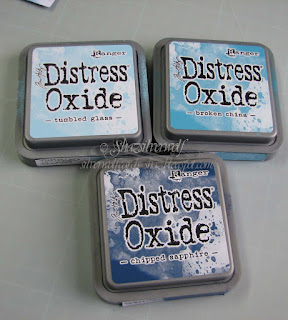 They do appear very similar in looks, and as for the feel, I would say the Clarity ones are slightly softer, but only very slightly. Maybe slightly less rigid than the Sash brushes, but it's not a big difference.
To test them out, I used two types of Clarity card, their 7" square Stencil card, and some A5 sized Theuva card, which has a slightly glossy coating.
I used 3 Distress Oxide colours for testing, and worked on a blending mat. 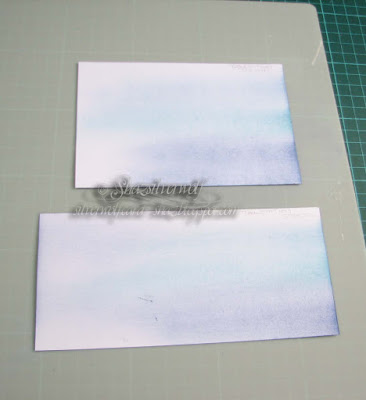 This is the result from the Toolstation brushes. In the video you will see the comparison colour by colour, I just forget to take individual photos! Theuva card at the top, Stencil card on the bottom. 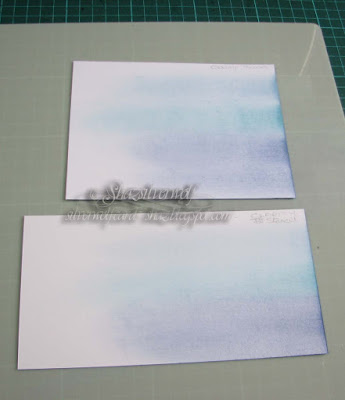 This is the pair using the Clarity brushes. Again, Theuva card on top, Stencil card on the bottom. 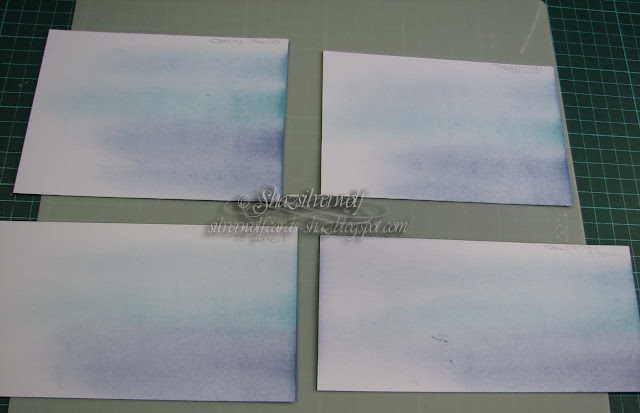 All four pieces side by side, Clarity Brushes on the Left.
I then did a small comparison of the Toolstation brushes with an Inkylicios Blending brush.

The Inkylicious ones are much stiffer, they feel more like the old fashioned Shaving brushes, but I think they both compare well.

My overall opinion? I felt they compared well. I'd really say there was little to choose between them, and if craft spending is an important consideration, I'd say the Toolstation ones are excellent value for money, and perform well. A very affordable way to have a set for each colour family. I only bought one set to test them out, but will definitely get some more.
I've linked the video here if you'd like to see how they perform, it runs for about 12 minutes.

It is interesting to read your test, Shaz. As a long time user of the Clarity brushes, I can vouch for their quality. Their other serious advantage is the brilliant customer service. On the rare occasions that a brush is faulty and perhaps sheds bristles, there is never any problem getting a replacement without the hassle of returning the faulty item. They wash beautifully if you are OCD enough to wash your blending brushes. I only wash mine when they get too full of dog hair and always keep yellow and black for those colours only. In my experience, the flat bottomed "stippling" type brushes do not produce the lovely soft blends you can get from the Clarity brushes and you cannot easy get into tight spaces with those flat ends. Depending on where you hold them will give you different results from very soft gentle build up and blending to really fast strong colour build up. xxx Maggie (Silvercrafter)

That was a really interesting video to watch Shaz. I’ve only ever used the Inkylicious Ink Dusters, which I have to say I do love but if I were to purchase any extras, then it would be the ones from a DIY store, given the difference in cost. Thank you for taking the time to make and share this x

Hi Shaz, interesting post and extremely helpful. I have only Inkylicious brushes, but sometimes find that the leave brush marks and was considering buying the Clarity ones, but they are expensive, so perhaps I'll look at the Sash brushes instead, thank you for taking the time to do the test, Kate x

Thanks for this interesting comparison post ..... I bought my brushes from Aldi at £3.99 for a set of three or a set of two or singles (depending on size) and have been pleased with mine. IF they have them again then I will certainly buy some more

I haven’t watched the video, but this is a very interesting comparison, Shaz. I have used Inkylicious Ink Dusters for years and love them - gorgeous blending, and with the bonus of being double-ended too, so they take up less room. I store mine on one of those Tim Holtz whirly-gig things. As a stencil brush substitute, on the advice of a horsy friend, I bought a hoof brush from our local agricultural merchants and that works brilliantly! I trimmed the ends so the brush is flat like a regular stencil brush. Really cheap too. Some people use stencil brushes for blending inks and you get a more intense colour more quickly because they are so stiff.