I just had to post some pictures of these. They were being set up when we saw them, and I've had to Google them to find out what its all about. 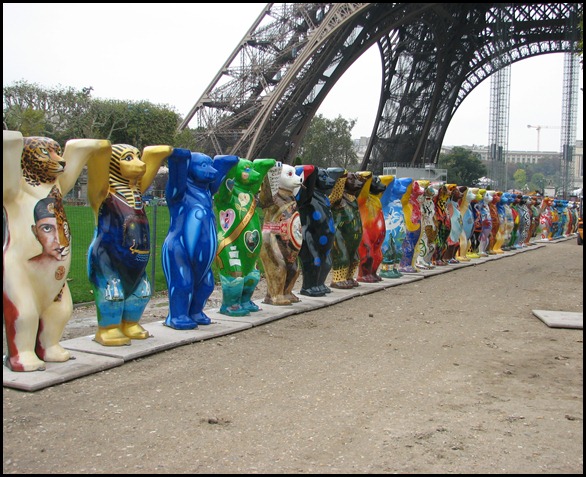 They are called United Buddy Bears, and it was originally an art project, called Buddy Bears, celebrating the twin town status between Paris & Berlin. The original Buddy Bears are an urban project, and there are many bears all around Berlin, and there have also been touring exhibitions.

Here is the Wikipedia quote on The United Buddy Bears:

The United Buddy Bears are an international art exhibition with more than 140 two metre tall fibreglass bears. Under the motto: We have to get to know each other better, it makes us understand one another better, trust each other more, and live together more peacefully. More than 140 countries acknowledged by the United Nations are represented, promoting tolerance, international understanding and the great concept of different nations and cultures living in peace and harmony. The bears stand hand in hand in a peaceful circle. 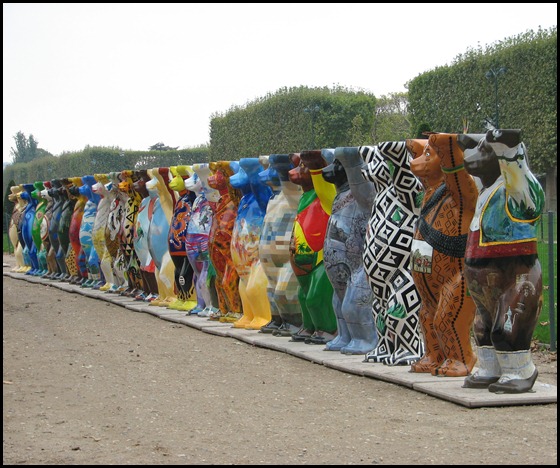 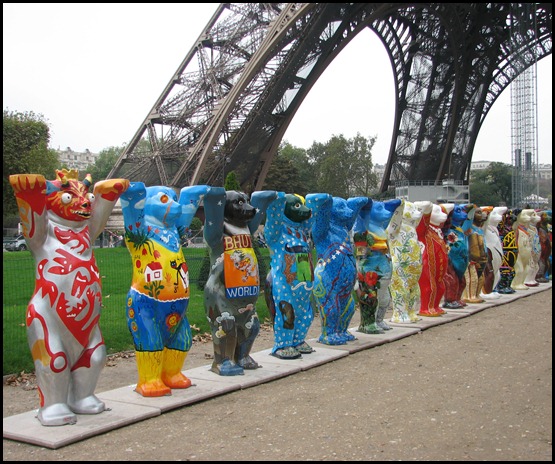 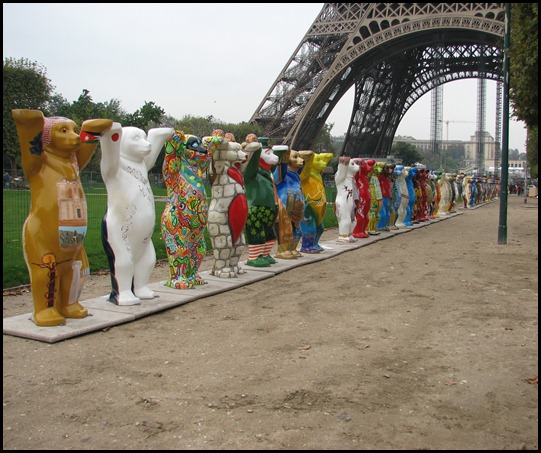 There are a few gaps in the line at this stage, as apparently, at each exhibition site the bears are set out in alphabetical order, in the language of the country they are in, so the order constantly changes. 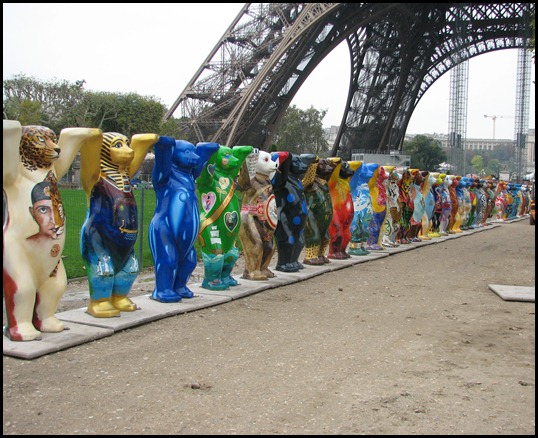 Doug was really taken with this one: 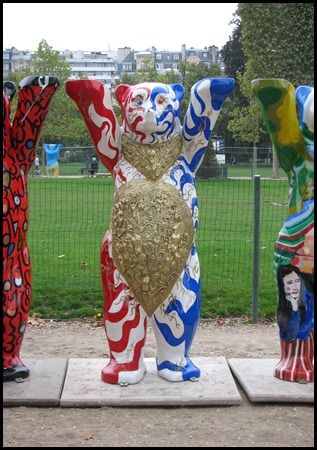 There is an incredible amount of detail gone into the collage work on this bear, which having zoomed into it, actually appears to be the French bear. 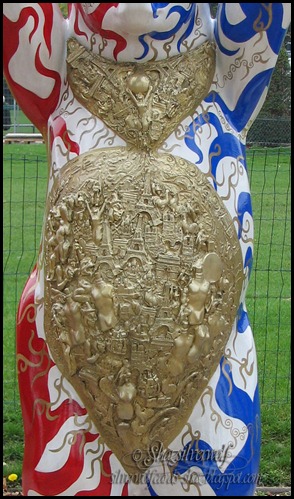 Whoooo I wish I could see them!

Fantastic sight. Isn't this a beautiful way to promote unity? Thank you for sharing these wonderful photos.

Wow, wish we could have gone and seen these ourselves, they look fantastic. Thanks for linking us to them.

That's amazing, Shaz. I agree, the one you singled out in particular is a spectacular work of art! Each one is different, so varied, and they make such an impact! We were on holiday a few years ago (I think it was in Bath) and there were fibreglass pigs everywhere - all identical in size and shape like your bears, and all decorated differently - I remember in particular a beautiful mosaic one! I can't remember the point of it, though.

Excellent photos! Thanks for sharing.