Hi Folks- Back from Paris

This week was our 3rd Wedding Anniversary, and we went to Paris for four days. This was the view from our (tiny) hotel room window: 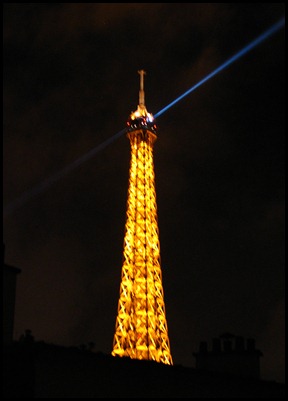 We stayed in a little hotel called The Eifel Rive Gauche, and we were a five minute walk away from the Eifel Tower. 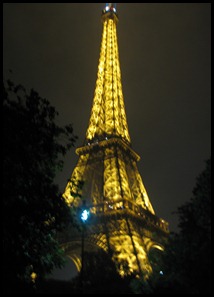 It really does look spectacular all lit up at night. We went all the way to the top,which involves two lifts. You can climb steps up to the second floor, but the very top 3rd level is only accessible via a lift. However, there are (apparently) 1650 steps to the second level! I don't do steps when they number hundreds, let alone thousands,lol. 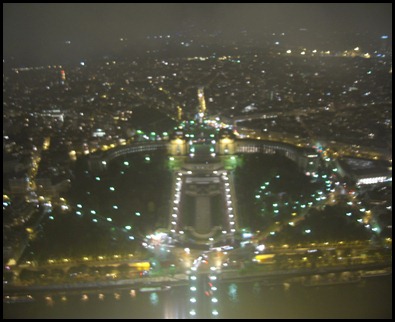 This is the view from the top, and us at the top. Though you can't tell in the dark. We could have been on the ground. 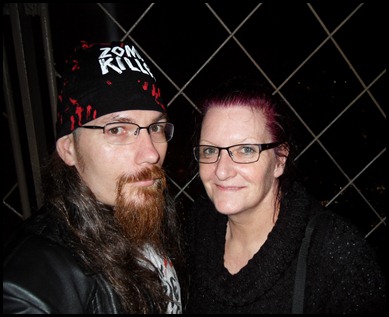 And if I look like a drowned rat, its because it started to pour with rain as we were queuing to go up. I'm just pleased I hadn't got purple streaks all down my face, I'd dyed my hair a couple of days before. 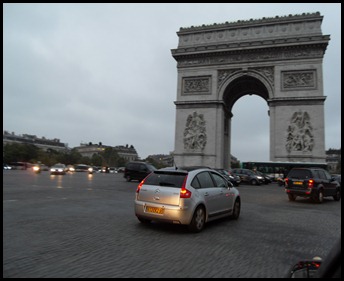 Driving up to (by mistake) the Arc de Triomphe. We missed one turn on the sat-nav, and ended up going round this.  Just don't, ever. Its so wrong on every level. You hear about the traffic, but think' how bad can it be, we have really busy islands in the UK'. Firstly,forget about the island bit. The closest thing we have to this is found at your local fairground,and called a Dodgems track! There are no road markings. Anywhere. There is no such thing as 'right of way' or 'give way'. It is literally every man for himself. Every car just enters, points in the direction it wants to go, and heads straight for the e 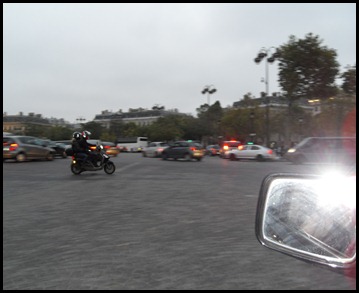 xit. People even PARK on it!

We parked in secure parking and used the Metro to get around. That is definitely the most fantastic system ever developed. The trains are about 2 minutes apart and you can get anywhere at all in Paris in a few minutes.

The rest of our time there we squeezed in a visit to the Louvre, which we booked a half day guided tour for. Have to recommend that, you get to see & learn a lot more than if you just wander round.And if you book the half day tour, you can stay in there, or come and go as much as you want for the rest of the day. 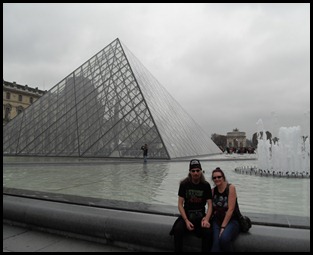 The Mona Lisa is a lot smaller than you may think- 30" x20". It always looks so much bigger, but then you never see it next to anything to give it a scale, I suppose. 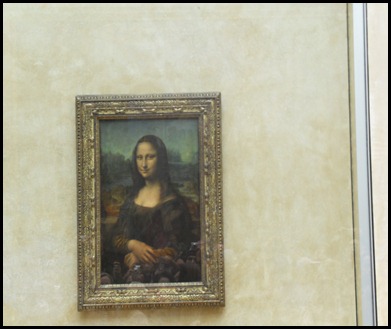 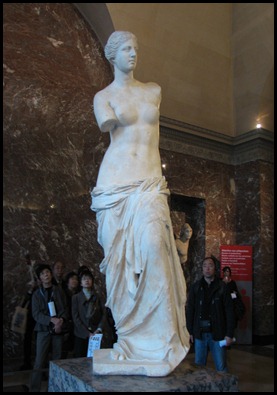 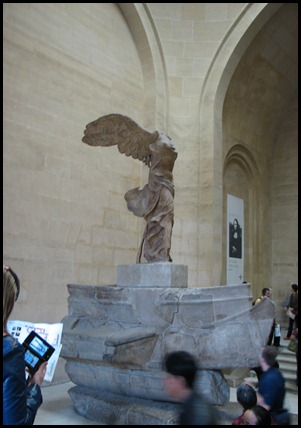 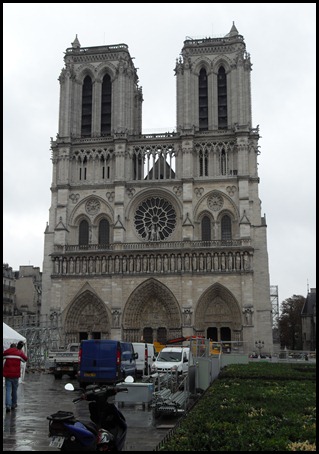 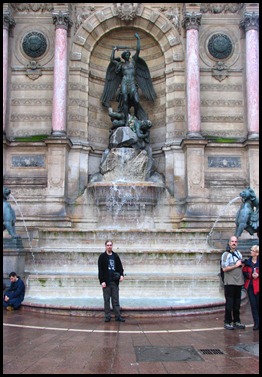 And a visit to the Musee Rodin to see this, The Thinker. The whole garden at the Hotel Biron, which was Rodins home, and is 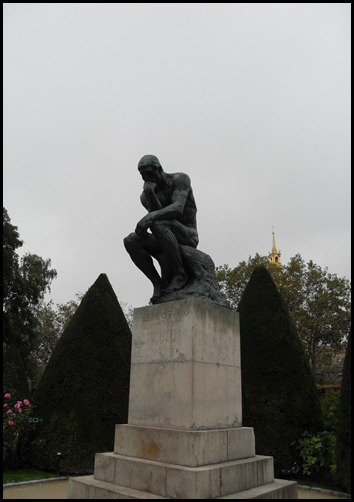 now the Musee Rodin, is filled with his sculptures. The inside has many of the smaller bronzes, and the original small scale models for the full size sculptures.

These two are for The Kiss and The Gates of Hell. 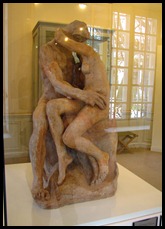 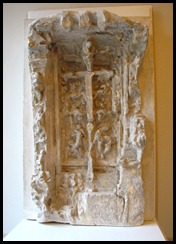 Our final visit on Thursday was to the Musee d'Orsay, but no pictures from that as you are not allowed to take photographs, although bearers of i-Pads & i-Phones seemed to be getting around that with ease!

Now I said above our hotel room was tiny. 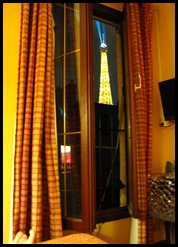 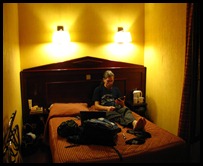 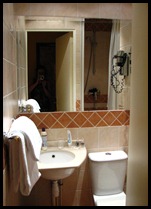 You can see just how small the toilet & shower cubicle were, but it was really inexpensive, and we intended to be out sightseeing as much as possible, so it was a trade-off to be this close to the Tower.

Great photos, Shaz. Have you ever seen how they park cars in the street in Paris? Scary!!!! They just bump the other cars front and back until they squeeze enough space to fit. Fantastic city and you will need to go back to do all the things you missed this time, guaranteed. See you later. xx Maggie

I am green with envy :) It is a city I have always wanted to see and I love Rodin's work especially the Kiss - a very sensual sculpture.
Was it inexpensive to eat out?

Thank you for visiting my blog and leaving a lovely comment as well as the useful information on where to buy pearlescent papers/cardstock.

Loving the pics of Paris (and the bears are wonderful) Thanks for sharing your anniversary trip (congrats, by the way) with us too!!

Congratulations on your 3rd wedding anniversary, Shaz! We celebrated 26 this year! We had a great few days away, celebrating our silver wedding last year. These things are sooo worth celebrating!! It looks as if you had an amazing time in Paris - what great photos! My dad did that thing round the Arc de Triomphe once, so your account sounded a bit familiar lol!! (I have never been to Paris.)

Love all your pics from the galleries. What a treat it must have been to visit them and see such famous pieces "in the flesh."

Hope you and your hubby enjoy as long and happy a marriage as us!!