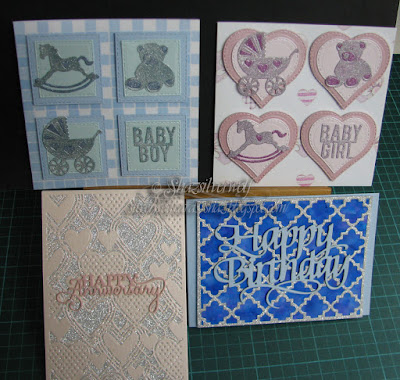 So, full disclosure. A few weeks ago I had an email from the people at  Paperbox.They wanted to know if I'd be willing to make some cards from their cardstock, and blog about them. I've bought their cardstock before and always been happy with the quality, so I was ok to do that. 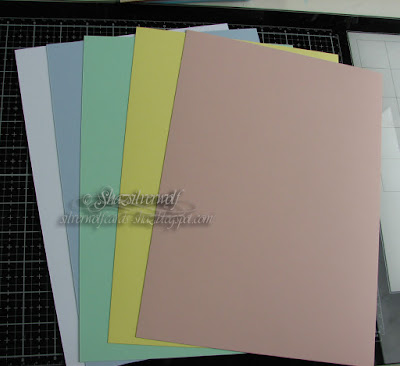 They sent me some cardstock and paper, in mainly pastel shades.

There was also a sheet of non shed glitter card in silver. 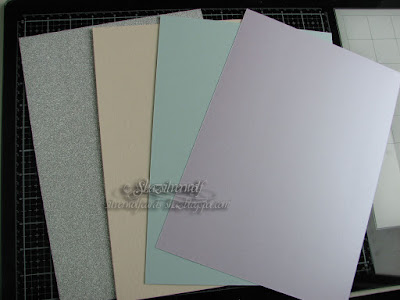 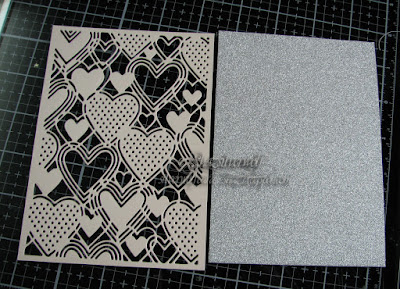 The first card I chose to make used a cover die featuring hearts, which I die cut from a sheet of Pale Pink Pearl card. It looks a little paler here than it actually is, I'm finding the contrast from the TH mat does that to colours. I also cut a matching sized sheet from the Silver Non -Shed Glitter card to go behind it. 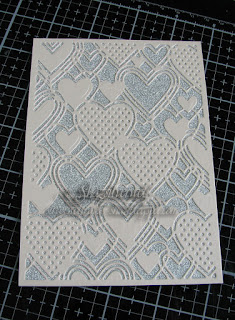 I matted the two sheets together, and mounted them on to a topfold base card, notecard size, which is roughly 5¾x 4¼. I create that by cutting an A4 sheet of cardstock straight down the centre, lengthways. 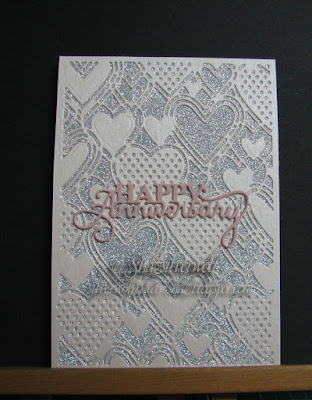 To finish it off I die cut an Anniversary sentiment from the Pale Coral Pearl card. I cut it 3 times, and layered them up for some extra impact.


This card would be great for Weddings & Engagements too, as well as Valentines day, and you could change up the colours for the occasion.

Next up I made a simple Birthday card, again using die cuts, and these are great for a fast card when you need one quickly.

Again this uses a cover die- I *think* this may have been from Papertrey- but I've had it a long time. There are many similar dies available though.
I cut it from the Non Shed Glitter card, and it cuts really easily. 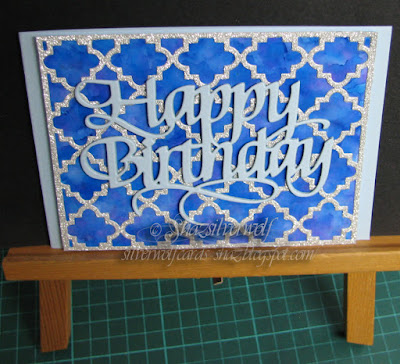 One tip here, I've used non shed glitter card before, and it seems like the glitter is a plastic type of coating on the cardstock. Now what we call 'cutting dies' don't really cut, as they have no sharp edge. They sort of 'crush' their way through cardstock, but with any sort of acetate/plastic/ plastic coating, in places they can stretch it rather than cut. I've found that when you have pieces to poke out, it's better to push them through from the front, then if any parts are still attached, it won't pull the parts that remain away, leaving bare cardstock. Go gently, and it's all good. 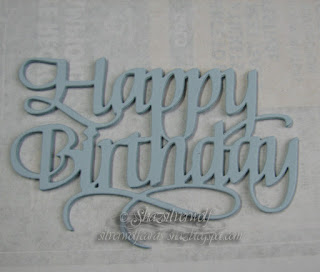 Back to the card, and I found a piece of alcohol ink background in my stash, so I added the die cut- for this I use Multi Medium Matte applied with a fine tip nozzle- then cut it down to the same size as the die cut.
To the back of this I added a piece of fun foam to give the card a little dimension. I mounted it onto a card blank made from Pale Blue cardstock.
The sentiment is from Elizabeth Designs, and is a nice big sentiment that works well on this type of card. I cut it 3 times from pale blue card and layered them up using the Matte Medium, which I also used to add the sentiment to the card front. 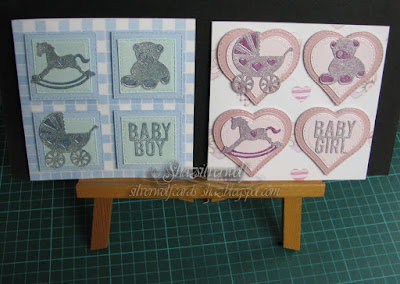 For the last two cards in this segment, I switched to Baby cards.

All the small die cuts were cut from the Glitter card, then colour added with Promarkers. This is a great way to make your embellishments match your card, as the Non Shed Glitter Card takes colour from Alcohol Markers, Alcohol inks, even your Distress inkpads really easily. 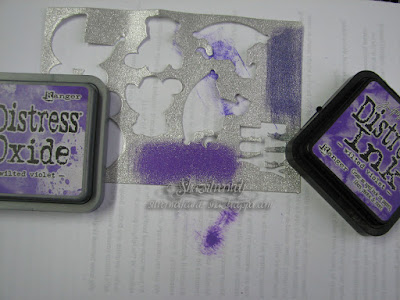 You do need to give it a little drying time though.

All the dies were bought from The Range, they have a huge selection of small dies, all priced at £1, so they are well worth a look next time you visit. 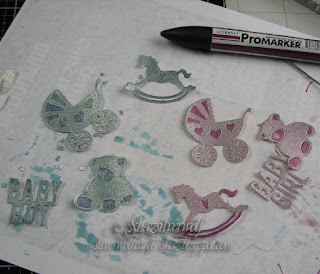 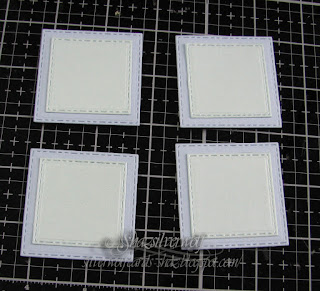 Starting with the boy card, I took a 5" square card blank, and covered it with some Gingham Vellum from my stash. 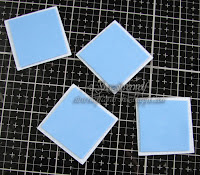 Next I used the  Pastel Blue Matte card and the Aquamarine Pearl card to die cut two sizes of Stitched Squares, (The Works). 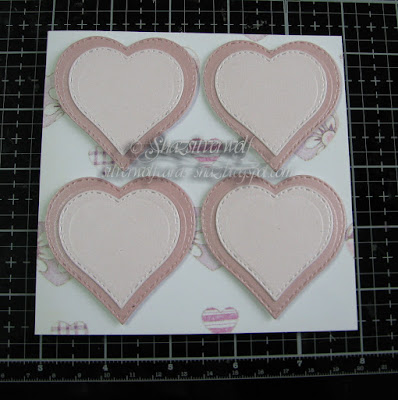 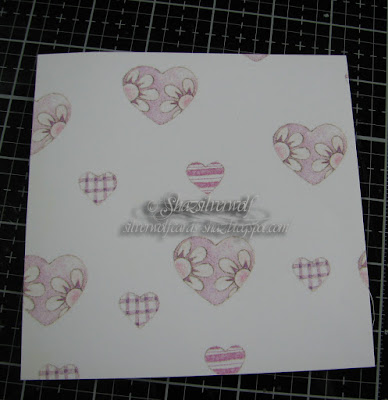 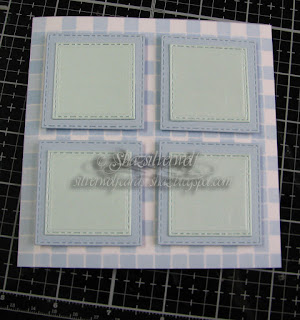 I layered them up using double sided tape.
To the backs I added a small square of fun foam to add some dimension.
I mounted them to the card front with DST again.


Two shades of blue were added to each die cut, then I mounted them using Matte Medium. 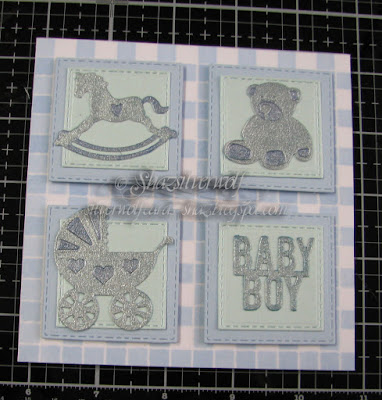 For the girl card, I used a different patterned paper for the front, and as it had a heart design, I used some Stitched Heart dies to  cut the layers.


The images were coloured the same way as the boy card. 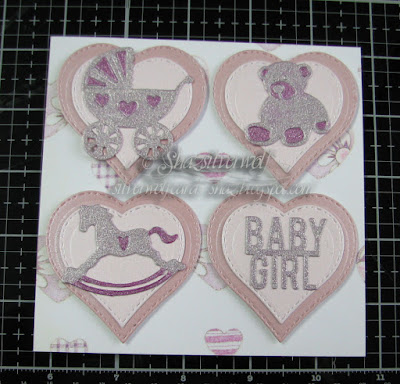 I will do a few more soon, as I still have cardstock left, so look out for Part Two!


So, I can say that the cardstock has been lovely to work with. The colours are good, and the quality of the cardstock is excellent. It's a good weight, and suitable for folding into card blanks, or for matting and layering. They all die cut beautifully, even the Non Shed Glitter.
I'd also add that they have a huge range of finishes and colours, and also do swatch books of the various cardstock groups, which is a great way to see what you are ordering before you buy.
By shazsilverwolf - June 22, 2019

Lovely selection of cards Shaz, coloured card stock is something I seldom use, so it was interesting to hear your thoughts on this brand, Kate x

great review - and great cards! I have boxes of coloured card from yonks ago... but haven't used this brand.

Thanks for a well balanced review. Good to hear from someone I know and trust. Will now look into buying this card stock.
Hugs, Neet xx

Hi Shaz. Love when you do reviews. I recently used Paperbox card for Wedding Invitations and they were really nice. The quality of the card and paper alone I felt was brilliant. Hope your are getting on OK. Hugs Rita xx Hugs to Doug as well.