Well, as there's been such a lot of Christmas Cards lately, I thought it was time for a break, and a change. Birthday Cards it is then. 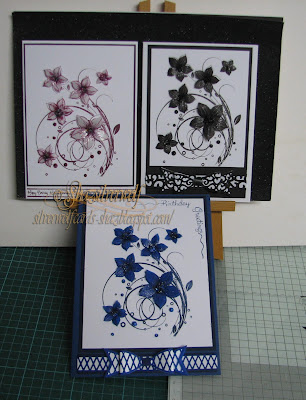 The stamp used in these is from Honey Doo Crafts, and is called Flower Fountain. 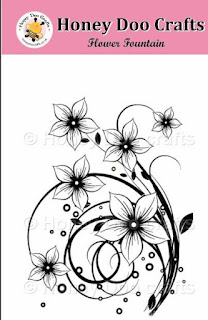 I stamped out a couple in each colour, using Archival ink in Plum, Cobalt and Jet Black. 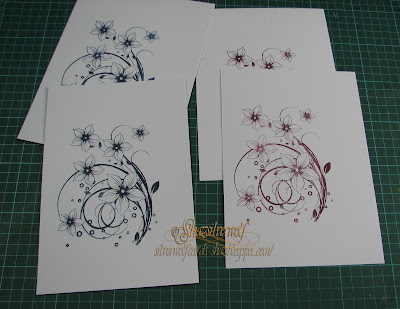 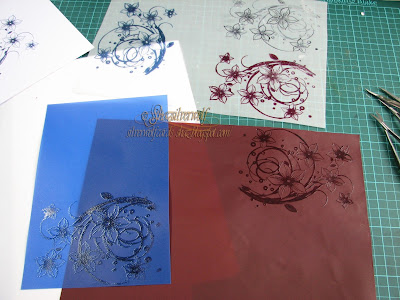 I stamped two on each sheet of A4, then cut down roughly, so I could decide on the card size later.


Next step was to sort out some coloured vellum, and again stamped each image twice. As the Archival ink was on vellum, it stayed wet long enough for me to heat emboss with clear powder.
I only want the flowers out of these images, to layer onto the original stamped piece. 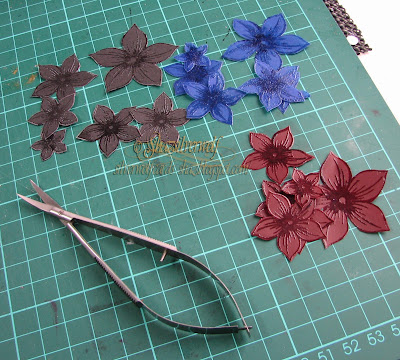 Cue the fussy cutting. Not my favourite pastime, I admit, although these curved tweezer scissors I found in a drawer- yes, I was looking for something else entirely- did make it much easier. 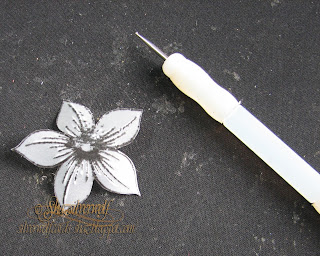 Next step was embossing some lines on the reverse of the flowers, roughly following the stamped detail, to give some shape & texture to the petals. 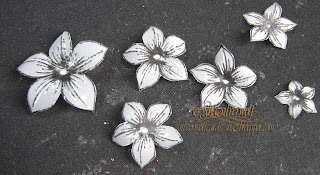 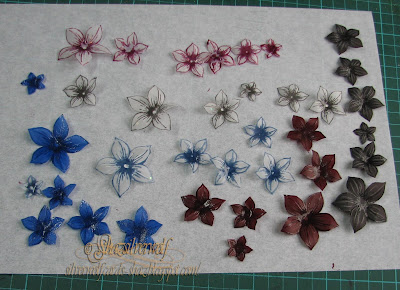 I used a white vellum with coloured dots in, and a vellum colour to match the flowers too. Love how the black vellum flowers came out, they look sort of pinstriped. 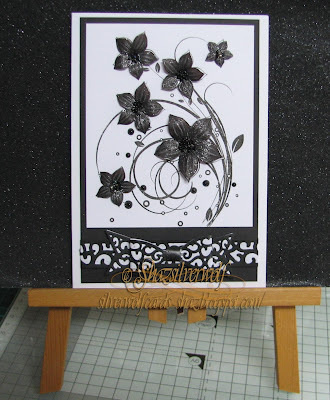 I did give them a blast of Crafters Companion Silver Glitter spray, and when dry, created centres with some Glossy Accents and matching seed bead mixes.
The Black stamped piece was trimmed down o that it would fit a 5" x7" card base once it was matted onto black cardstock.
I left the black matt longer than the image, and wrapped around it a ribbon & bow made with a Sue Wilson die, called Filigree Bow. Once it was stuck to the card front, I added the Vellum flowers, with small Pop Dots to give a little dimension.
This one I left without a greeting, which I tend to do with a % of the cards I make, so I can use it for whatever I need at the time. 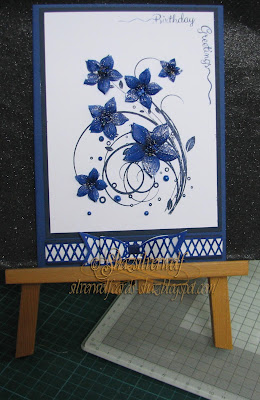 The process was similar with the Blue card, although this time I cut a narrow panel to attach another Ribbon bow to, this time using a Lattice Bow die, also by Sue Wilson.


I also stamped a Birthday Greeting on this one, a Phill Martin Scribbled Corner Sentiments stamp.

This one is an A4 sheet folded sized card. 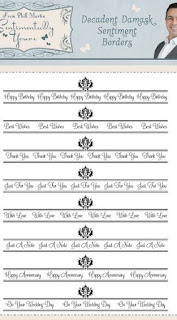 For the final in this set of three, I first matted the image onto a plum coloured card, trimmed to fit another A4 folded card.
This time I used another Phill Martin sentiment,  from a set called Decadent Damask Sentiment Borders. There is a damask accent in the top centre of the stamps, but I didn't want that, so I just masked it off while I inked the stamp, then removed the masking tape before stamping it in Plum Archival along the base of the card. 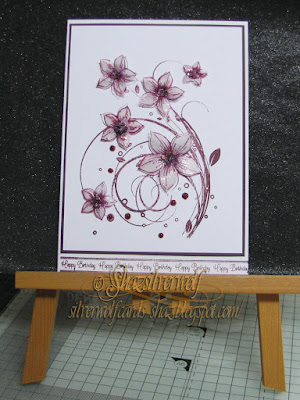 In each case I also added a few half pearls to some of the circles in the design.
By shazsilverwolf - September 27, 2016

Beautiful cards Shaz and what a lovely stamp.
Toni xx

A beautiful set of cards Shaz. That is such a lovely stamp and I really like the vellum flowers. Barbxx